Let's Have An Honest Talk About These OHLQ Lotteries

Ohio laws are such that the only way liquor can be sold is through the State. It's a ridiculous system that harms the consumer by allowing a monopoly and limits the availability and flow of the products that consumers actually want. I would also argue that it costs Ohio millions and millions in lost tax revenue by consumers going to neighboring states to buy bottles they can't get in Ohio. Another casualty of this policy is that no liquor can be ordered online, neglecting Ohioans the opportunity to buy many wonderful bourbons.

Additionally, the State runs several lotteries throughout the year... presumably to fairly allocate a limited supply of hard to find bourbons and whiskeys... These lotteries are becoming more and more prevalent each year... in fact, this year alone, we're already on our 7th lottery. 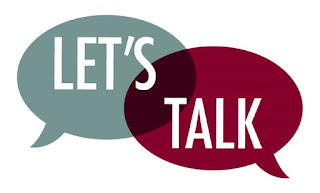 Since the start of COVID, the State has relied more on lotteries than geographical limited releases. This makes sense in order to limit in-person interactions... especially before there was an effective vaccine. Everything was going fine until some eyebrows were raised when 5 individuals won multiple times in the same lottery (in this lottery, there was a Pappy Van Winkle and a Buffalo Trace lotter). The odds of winning one bottle were 0.364% (around 1 in 270)... I'm no mathematician, but I'm fairly confident the odds of winning two are going to be worse than winning one... and for it to happen 5 times certainly brings up questions.

The second issue with the lotteries is the complete lack of transparency from the State. I did an information request from the October lottery so I could report to the wonderful people of Ohio what the final odds were. This hasn't been a problem in the 20+ lotteries I've covered... however, this time, the State has outright refused to provide this information, even questioning when and where the data would be published... If the State won't provide information on how winners are chosen (I've heard rumors that it's through an excel query), or provide the number of entries or other information, it's hard to believe that the lotteries are done in a fair way.

There are countless stories of people somehow knowing about allocation before the inventory is available... Check this reddit thread of someone who got an 'insider tip' and arrived at the store at 3:30am only to find 12+ people already there.

Another issue I've personally seen is stores hoarding the allocated releases behind the counter or in the back office and not making them available to the general public (Arena Liquor, I'm looking in your direction). It also means that if you want a hard to find bottle, the only option you have is to troll various sites or Facebook groups to find ahead of time when allocation leaks, and then stand in line with the others for ungodly amounts of time. A better system would be to decentralize everything and allow the stores to compete on price and selection

With everything detailed above, it's fair to question the Ohio Department of Liquor (OHLQ) practices and if everything is above board. Without providing lottery specifics (number of entries, way users are selected), I'm beginning to question the fairness and legitimacy of the lotteries and with so many issues about allocation, it's time to start thinking about OHLQ in a bigger picture and start questioning many of their processes, which have become antiquated and adversely impact all Ohioans. I think we can all agree this isn't the System we want.... it's sad that it's our only option.