Because we don't have enough gimmicky bourbons on the shelves, country music singer Brad Paisley is launching American Highway, which is bourbon that was aged in barrels stored in a 53-foot semi-trailer that followed his 2019 nation-wide tour for 7,314 miles across 25 states. 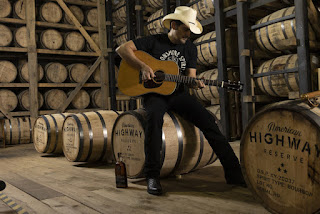 Of this release, Brad Paisley says:

Bourbon is like songwriting, it's a blend of things coming together to make something incredible. These are really special barrels that saw more of the United States than most people I know.

The thought behind this release is that the fluctuating temperature and the movement of the tractor would expand and contract the wood, allowing more of the char to influence the bourbon. It's a nice thought. The bourbon was then mixed with three-year, 13-year, and 15-year-old Kentucky bourbons to create the final product. The final mixture came out to: (Corn, rye, wheat?, barley?)

The initial release will have 30,000 bottles. It will be available in Ohio and carries a $99.99 MSRP. It comes in with a 96 proof (48% alcohol) and has the following tasting notes:

Nose - Sweet and spicy, with notes of caramel and cinnamon and plenty of oak character

This is one of the more ridiculous sourced bourbon releases I've seen up there with the Star Trek bourbon (yes, that's a real thing) and the Buster Douglas Bourbon that sells for $42 because he was a 42 to 1 underdog to beat Mike Tyson.

On the positive side, I guess it's impressive that 47% of the product is made from 13 and 15 year bourbons, but I don't think that will be enough to redeem. For me, this is a hard pass.

What do you think? Drop a note in the comment box below. 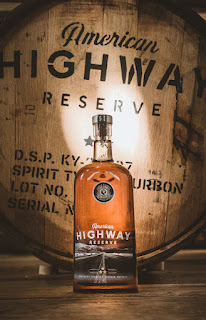