Michter's has announced the 2021 release of their 10 Year Bourbon. This version has been stored in Michter's heat-cycled warehouses. Michter's Master of Maturation Andrea Wilson says that of this process:

When we heat cycle, it increases the interaction between the whiskey and the wood allowing us to extract more character from the barrel resulting in a truly rich and exceptional whiskey that is not overly oaked 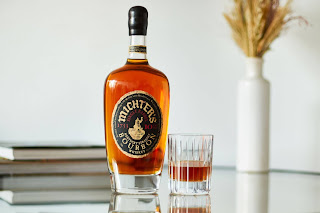 The 2021 10 Year comes in at 94.4 proof (47.2% alcohol) and carries an MSRP of $150. No tasting notes were provided and no word on availability in Ohio (although previous editions have had availability here).
My Take

It's interesting that the price went from $130 for the 2020 version all the way up to $150 for a bottle of the 2021... that's a 15% increase year over year. It's nice to have the option for a 10 year bourbon, but there is nothing about the press release or announcement that makes me want to buy this. Given the price and the lack of information, this is one I'm going to pass on.

What do you think? Drop a note in the comments below.