Welcome to the review for Knob Creek Twice Barreled Rye. This is my first Knob Creek review so I'm excited. Let's get to it! 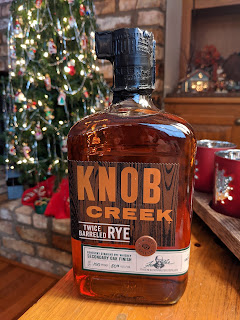 Aroma (from manufacturer): None provided

Taste (from manufacturer): None provided

Finish (from manufacturer): None provided

Who is this for?: People looking for a double barreled rye. Rye fans.


On the nose, I picked up a nice oak smell while others picked up brown sugar and baking spices. On the taste, those flavors carried through, but added caramel. My father-in-law described it like eating full fat ice cream. Everyone really enjoyed this.

For the score, I measured if I would prefer this to my old standard of Woodford Reserve Bourbon and it's a very similar enjoyment. 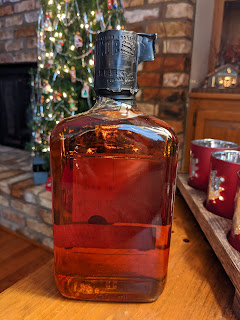 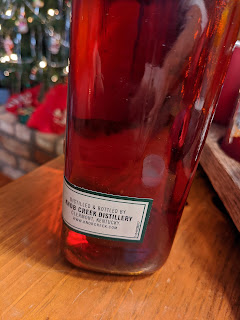 Going down, this was very easy to drink and very smooth. I picked up a medium Kentucky Hug (the burn associated with whiskey you feel deep in your chest) and was very enjoyable.

Intangibles: Color/Appearance - Score 12 out of 15.

The color is a nice brown that is on par with the Gentleman Jack and darker than the Woodford Wheat. It looks like it should in the glass.

The bottle is on par with other Knob Creek variations in that it comes with a wax top. Unique to the Twice Barreled Rye is a button denoting that it is a limited release button on the front. It's not the fanciest bottle, but it looks nice. 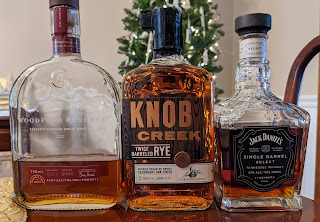 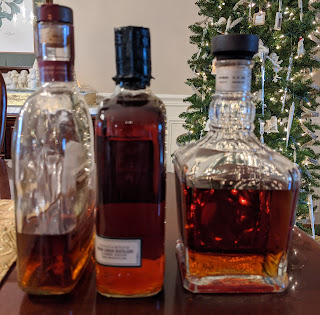 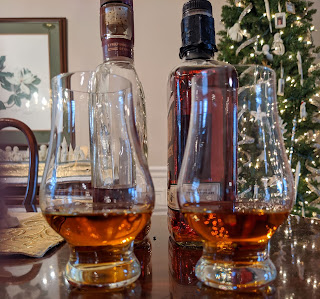 Availability - Score 0 out of 5

Sadly, this isn't listed on the State Liquor website as being available in Ohio so you'll have to buy this out of state.... another example of the antiquated Ohio liquor laws costing the state money... instead of having an open system, everything has to go through the State so consumers are at their discretion... In situations like this, it results in taxes going to Illinois (where I bought the bottle) rather than staying in Ohio.

The $49.99 question... is this rye worth it? After spending some time with it, I've come to really enjoy it. The flavor is there and it goes down smooth while still adding the slight burn that I expect with a nice American whiskey.

The question on if this is worth it is how it compares to similarly priced bottles. For a solid comparison, it's cheaper than the Woodford Double Oaked ($51.99), but more expensive than most ryes or bourbons (for example, Woodford Rye is $34.99 + tax and Knob Creek Rye is $27.99 + tax)... With that being said, this is worth the premium. The secondary oak finish makes this incredibly smooth and I like having uniqueness with my bottles. Since this is a limited edition, it checks that box.

The final scored came out to be a 79 out of 100, which grades to solid and is 1 point away from being recommended... If this was available in Ohio, it would easily get that extra point so I say... if you see this bottle, I recommend giving it a try because in a better state in terms of whiskey availability, it should have scored an 82-84.

Note: This review was done by Mark with help from The Duchess and his in-laws. The bottle was purchased at retail at Binny's in Bloomington, Illinois.