Maker's Mark has announced a new release in partnership with the LEE Initiative Partners titled "CommUNITY Batch" with 100% of the proceeds supporting the hospitality industry. For those unfamiliar (myself included), The LEE (Let's Empower Employment) Initiative was founded in 2017 by Lindsey Ofcacek and Edward Lee and aims to address issues of equality and diversity in the restaurant industry by implementing programs to directly support people in hospitality.

We've been honored to be able to help so many of our friends in the bar and restaurant industry over the past few months through our work with The LEE Initiative. When we asked our retail partners across the country if they'd be willing to donate their prized Private Selection recipes for this additional fundraising effort, we were blown away at the response. Seeing the community come together in this way has not only produced an exceptional bourbon, but a path towards providing the continued support that we're fully committed to.

This release was made by blending Maker's Mark Private Selection barrels from 37 distinguished restaurants, bars, and retailers across the country creating a one of a kind release. CommUNITY Batch comes in at 107.7 proof (53.85% alcohol) and offers the following tasting notes:

Taste: Round, dark with cured tobacco, heavy notes of dried fruit, like prunes or figs, along with soft, but dry baking spices.

Finish: There's a long, viscous finish that hangs around; it's an incredible balance of astringent and oily.

Maker's Mark CommUNITY batch will be available beginning on #GivingTuesday (Dec. 1, 2020) in select cities where Maker's Mark Private Selection partners are located for a suggested donation of $70. Although two Ohio locations made up part of the blend (Winking Lizard and Japp's), no Ohio locations are part of the event where people can purchase the bottles. The entire list of community events can be viewed here, with the closest to Ohio being in Kentucky.

This is a really cool release by Maker's Mark and something that will make a tangible difference for a lot of people impacted by the global pandemic. The price is on point for something this limited would be well worth the money knowing where it's going. Sadly, this won't be available in Ohio. Probably due to how long it would take to get this through our over-regulated and over-burdensome laws in Ohio. This is another example of Ohio leaving money on the table and the great people of our State being left out.

If you happen to be in a location where this is being released, I recommend picking up a bottle. Note that all bottles must be pre-purchased and they'll probably sell out, so order soon!

What do you think? Let me know in the comments. 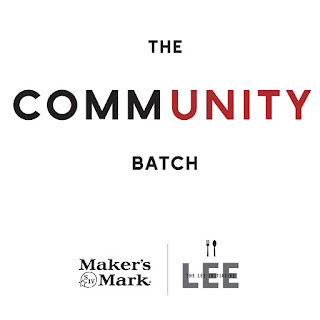