Buffalo Trace Announces Another Bourbon You Won't Be Able to Find or Afford - 1994 Vintage O.F.C.

Buffalo Trace has announced the latest edition of their O.F.C. Bourbon with their 1994 Vintage. This new vintage was barreled in 1994 (the year Friends debuted on television). The 1994 edition will be available in extremely limited quantities beginning in November of 2019 and carries a suggested price tag of $2500. 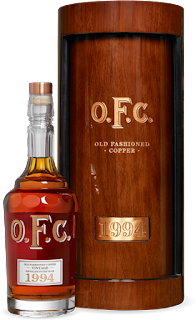 Some interesting things to note from this release:

The bottles come in a 'wooden display box containing a provenance card. Inside the wooden box lies a crystal bottle with real copper lettering in-laid in the bottle with a hand applied paper label.' This is the 4th release of O.F.C., but only the 3rd available for retail as the 2016 releases were given to select charities for free where they were auctioned and raised over $1.1 million dollars.

The tasting notes are: 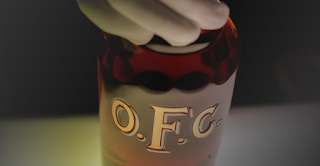 With that said, this isn't a bourbon anyone will ever get to try. It's cool that it exists, but beyond that, this isn't one I'm going to spend too much time thinking about.